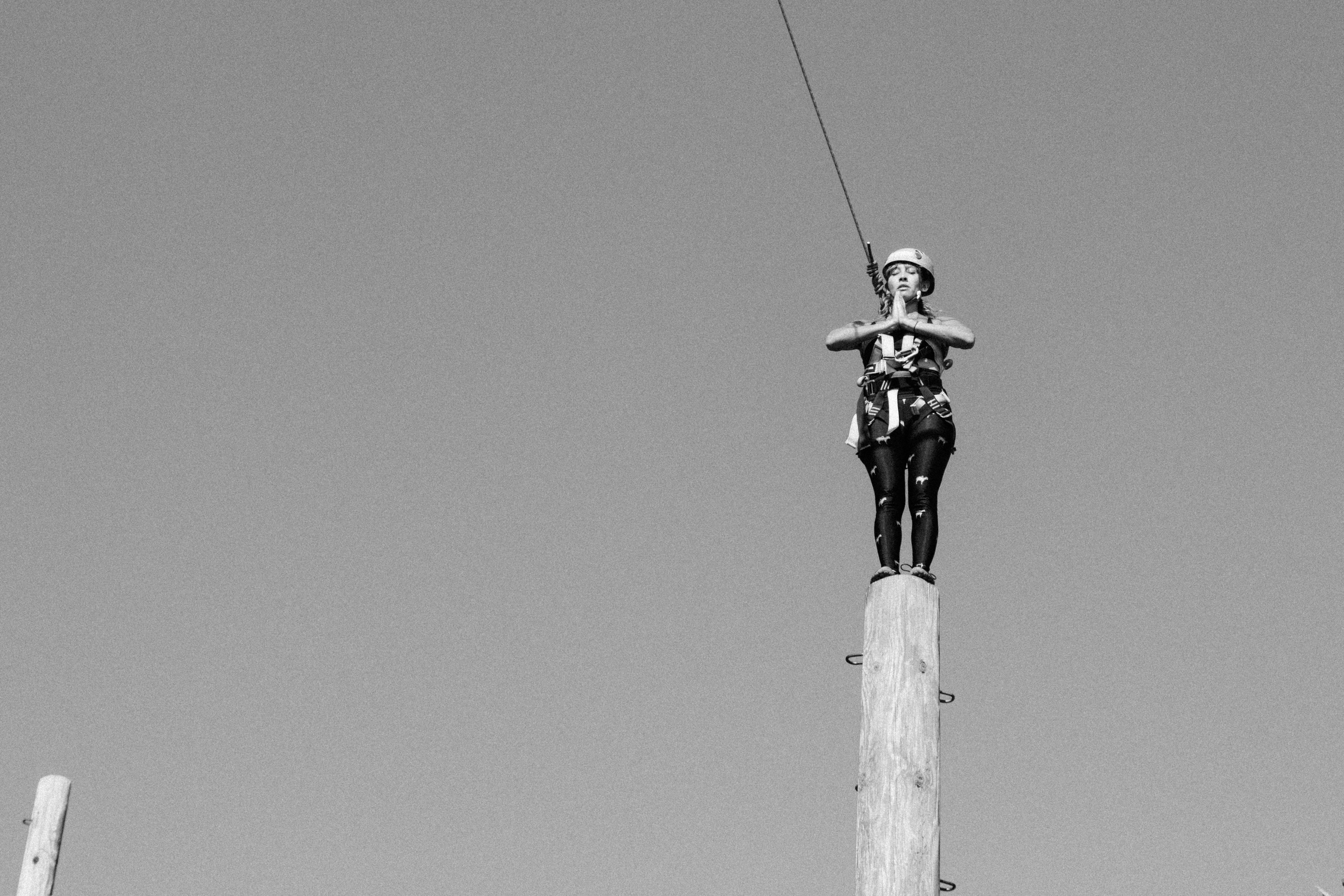 Campowerment’s 501(c)(3) partner Give Her Camp, Inc. (FEIN: 81-1407528) provides Classic Camp scholarships to extraordinary women to take next steps on their journey through personal, professional and/or spiritual growth and development.

Funded by members of the Campowerment community and brand partners, with all overhead donated by the Campowerment Crew, Give Her Camp is a labor of love that’s bridged an opportunity gap for more than 85 women to become re-empowered since 2016.

GIVE HER CAMP ELEVATES WOMEN* WHO…

Sound like you or someone you know?
Nominate or Apply TodayDonate to Support the Process

FOR CAMPERS, BY CAMPERS

YOU FUND THE SCHOLARSHIPS

With donations large and small, Give Her Camp is fully funded by the Campowerment community. All donations cover 100% of a camper’s cost at a transformational weekend of expert-led, experiential learning at a Campowerment Classic Camp.

YOU NOMINATE THE WOMEN

We’re looking for incredible humans the world needs right now! Tell us about you or others in your orbit who meet the criteria of a Give Her Camp-er (scroll up!). Our Board of Directors, generous change agents in their own respective communities, review each application through the lens of regenerative empowerment — uplifting women who uplift others. Scholarship recipients receive a Campowerment retreat and in turn, we ask that they give bountifully to the community that grows with them!

Together, we make real change

…for not only the women we honor but, exponentially, the people in their path, from the campfire and beyond.

Give Her Camp
Spark possibility for inspiring women.
DonateNominate or Apply

IT ALL STARTED WITH “THE Bug Juice BitchezZzZ”

Once upon a time a group of strangers came to Campowerment and left with an inextricable bond…and an affiliation to a group of camp friends that quickly came to be known as the “Bug Juice BitchezZzZ.” (BJBs) Among them: a woman named Rocky Lima, who had just completed a successful round of cancer treatment and celebrating life at retreat that inspired even more aliveness.

The BJBs were the campers that, in full disclosure, first proved to us that we were in the right business.

The Bitchezzzz came to Campowerment, as so many do, as strangers, each flying solo. When they left four days later, they were soul sisters, ready to re-assemble as cheerleaders, cross-generational mentors, and absolute lifelines for one another.

While they love to tell us that Campowerment did that for them, we know better. Campowerment gave them the space, sure, but all that love & friendship: they did that. They planned the reunions that sent them running from multiple states; they wrote the ‘Heyyy, Bitchezzz,’ emails that kept the positivity alive; they created and all chipped in to a scholarship fund to pay it forward and send other women to Campowerment; they planned the conference calls to wish Rocky strength and spirit when her cancer came back and kept them out of the hospital room; and they were gracious enough to let us be a part of it all.

It was with extremely heavy hearts that, alongside the Bug Juice Bitchezzz, who drove from all ends of California to Rocky’s bedside, on September 3, 2015, we said goodbye to a woman who made us laugh through tears and cry from laughter (’til we peed. Yes, that happened.).

Let’s rewind: In early 2014, two years before we launched the non-profit that now is Give Her Camp, Rocky and another bunkmate rallied the Bug Juice Bitchezzz to launch the first (camper-run) scholarship process, pooling resources to support inspirational women who otherwise wouldn’t be able to send themselves to Campowerment.

Each who contributed funds got to nominate a woman they thought was a force to be reckoned with, a source of inspiration and/or a pillar of philanthropy in her respective community. We worked with them to offer matching, so for every (unofficial) scholarship they funded, we provided another, for them to fulfill.

It was awesome, and the BJBs were proud. (So were we!) And today, with Give Her Camp growing and developing, running as an official 501(c)(3) since 2016, we’re able to honor of many, many people, but first: Rocky, who had the vision to give from her most empowered place.

We know that, as this is life, we will love and we will lose and we will love more and we will lose. And that sucks. But the Earth will spin and the flowers will bloom, and so will the friendships that take root at the happy place we hope to offer to so many women. And for everyone who takes the risk of loving so big despite inevitable loss somewhere down the line, life will go on, except more enriched, re-ignited, with the best people by their side throughout the journey.

We are committed, in that spirit, to continue offering a conduit for empowered people to empower women, so, together, in Rocky’s memory, we will continue to Give Her Camp.

Pride for Jules Rose + their work to uplift the TGNC community 🏳️‍🌈

Carmen & Irma: A Mother-Daughter Duo That Has Our ❤️ s